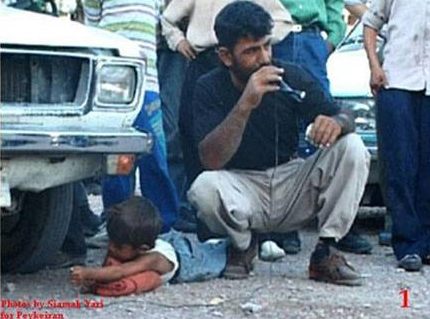 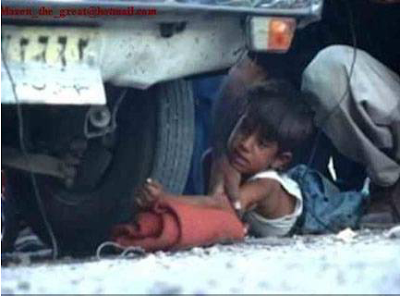 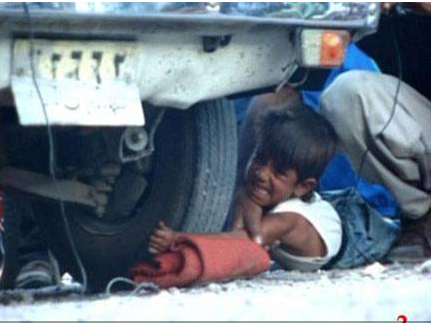 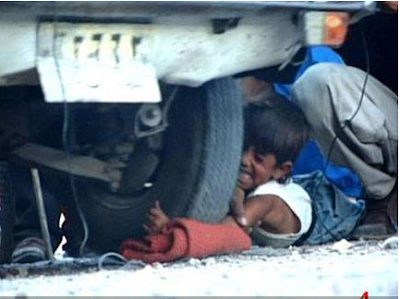 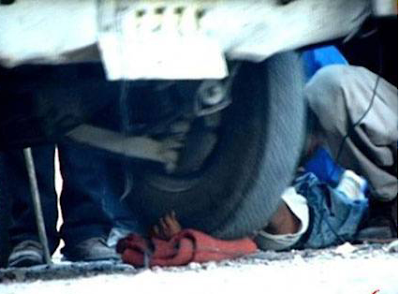 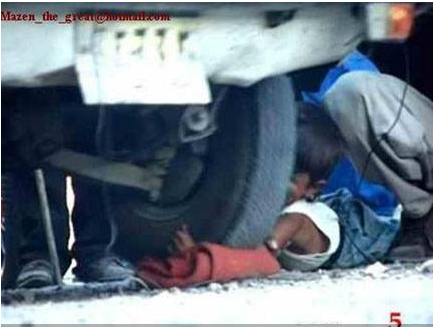 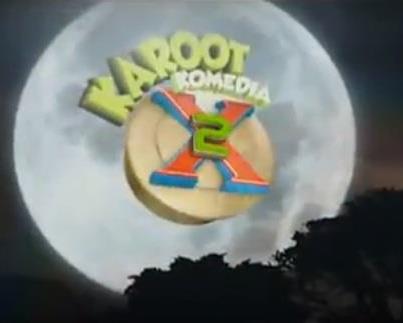 In my effort to research the little known Iban Trackers and the beginning of the modern Malaysian Rangers, I have received these pictures from friends across the Globe, in particular George Swetman of the 1st Manchester Regiment to whom the 1st Experimental Platoon was attached to in 1953, soon after their training in Siginting Camp,Port Dickson, Negeri Sembilan. Shaun Aumua of New Zealand also have sent me some invaluable pictures that have helped shed some light on this elite band of trackers and soldiers. 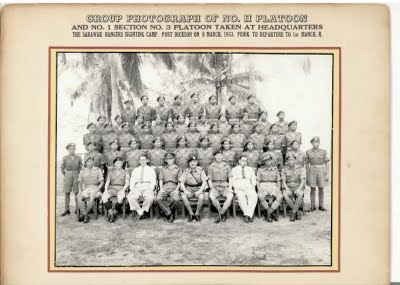 The Early Beginning
Sir James Brooke was proclaimed the White Rajah of Sarawak on 24 November1841 by the Sultan of Brunei for his assistance in putting down a rebellion against the Sultan’s district chief in the area around Kuching. That started the Brooke family’s rule of Sarawak for 105 years, until it was ceded to the British Crown on 1 July 1946.
Sir James Brooke died on 11 June 1868 in Devon, England and on 3 August 1868 and Charles Brooke was proclaimed the successor. On 2 September 1972, he gazetted Sarawak Rangers, a small force that he formed on October 1862 which consisted of 32 Dayaks. They were to become the nucleus of every expeditions he mounted against the rebellious Dayaks. He knew that to kill Dayaks, he must use Dayaks.
The Great World Economic Recession of the 1930s had its toll on Sarawak Rangers. On 29 February 1932, Sarawak Rangers was officially disbanded. Some of its personnel were amalgamated with the Sarawak Constabulary.
World War 2
The involvement of Sarawak Rangers during World War 2 was not clear but they were said to be involved in the defence of Lutong, Miri and Kuching against the Japanese invasion in December 1941.
Against the might of the Japanese Army, they were defeated and retreated to their long houses in the interior.
During the Japanese Occcupation, many ex personnel of the Sarawak Rangers joined Major Tom Harisson of the Australian Force ‘Z’ who was involved in harassing the Japanese Army.
The Australian forces liberated Sarawak on 11 September 1945. On 29 October 1945, ‘Z’ Force disintergrated and personnel from Sarawak Rangers also returned to their long houses.
Nothing was heard of them until they were called in to help the Commonwealth forces in fighting the Communist terrorists in Malaya on 8 August 1948, some 7 weeks after the Malayan Emergency was declared.

Iban Trackers
On 8 August 1948, seven weeks after the Malayan Emergency was declared on 16 June 1948, the first group of 49 Iban Trackers was sent to Malaya to assist the Commonwealth forces in fighting and tracking down the Communist insurgents in the thick jungles of Malaya. Initially, their term of service was 3 months only. Some chose to stay longer.

Twenty-four of this original group of 49 Trackers were attached to the newly-formed Ferret Group No. 4, a unit comprising Gurkhas and ex-members of Force 136. The remaining 25 were attached in small groups to the various Gurkhas, British and Malayan battalions already deployed in Malaya.

By the end of August 1948, a further group of 55 Ibans had arrived and by October 1948 there were some 170 Ibans at Seginting Camp, Port Dickson. On completion of their three months service, each group of these Trackers were flown back to Kuching.
By mid December 1948, all, except 29 who had agreed to extend their service for an additional three months to meet a special request by the British Guards Brigade, returned to Sarawak. This last group finally returned home on 7 March 1949.

More Involvement
However, the Malayan Government again requested for the service of the Iban Trackers. In April 1949, a new group of 40 trackers was raised and sent to Malaya on a six months service. With more demand, this number was increased and by December 1952, the numbers had reached 301 Iban Trackers. By this time too, some 1,168 Ibans had completed a tour of active service with the various security force units in Malaya. Of those, 8 were killed in action and 10 wounded of whom 5 were invalidated.

The first fatality occurred on 12 March 1951 when Tracker Jaweng anak Jugah of Ulu Gaat, Kapit, who was deployed with A Troop 42 Commando Royal Marines, was accidently shot by a special constable who mistook him for a CT.

In that same year, Tracker Awang anak Rawing of Skrang was awarded a George Cross, the civilian equivalent of Britain's highest military award, the Victoria Cross and Malaysia's equivalent of the Seri Pahlawan Gagah Perkasa (SP). The award recognised Awang's exemplary courage and devotion to duty by saving the life of Private Hughes, a member of No.10 Platoon, D Company, 1st Battalion The Worcestershire Regiment, after the platoon was ambushed by a big group of CTs on 27 May 1951.This award was the first in history to be awarded within the Malayan Archipelago and the only one awarded during the Malayan Emergency.

On 13 November 1952, Tracker Menggong anak Panggit, appointed as Acting-Lance Corporal and Second-in-Command of an Iban platoon, led an assault on an enemy camp, after his platoon commander, Lieutenant R R G Bald of the 1st Battalion The Cameronians (Scottish Rifles), had been killed instantly in the initial engagement. For his gallant actions, Menggong was awarded the George Medal.

Undoubtedly, there would have been many more awards given to the Iban Trackers than the two mentioned. However, the Iban Trackers were still recognised as civilians and therefore not eligible for military honours and awards.
Sarawak Rangers (Malayan Unit)
The Iban elders and leaders in Sarawak were not happy with the para - military roles their young men were given and had asked that they be given full military responsibilities and status.
On 1 January 1953, the Trackers were re-formed into Sarawak Rangers (Malayan Unit) with Lt Colonel C. J Baird as the first Commanding Officer. They were performing the same duties that they were doing when they were trackers.
The Ibans had impressed Britain so much that they were taken in as a part of the British Army – just like the Gurkhas.
Sarawak Rangers (Far East Land Forces)
On 31 March 1960, Sarawak Rangers (Malayan Unit) was disbanded and the following day, 1 April 1960, it was renamed and reformed into Sarawak Rangers (Far East Land Forces) to become a part of the British Army. They now could be deployed to any parts of the world – just like the Gurkhas. On this same day, Sarawak Rangers saw its first Governor – Commissioned Iban officer, Second Lieutenant James Tomlow anak Isa.
On 31 July 1960, the Malayan Emergency ended.
The Brunei Revolt.
The Brunei Revolt, led by Azahari, broke out on 8 December 1962 at 2.00 a.m. when the self-styled National Army of North Kalimantan attacked police stations, the Sultan’s Istana, the Prime Minister’s house and power station. The Fifth Division of Sarawak and the Western edge of North Borneo was also involved.
By 12 December 1962, a complete Company of Sarawak Rangers (FELF) commanded by Major Bruce – Merrie was sent to Brunei together with other troops. They were in support of 99 Gurkha Infantry Brigade as trackers as well as infantry roles.
On 19 December 1962, a twenty-man Ranger patrol from No. 2 platoon under the command of Lieutenant McNeil of East Anglian saw action at Danau in the Fifth Division of Sarawak against 13 rebels from Tutong River, Brunei.
One rebel was killed, two wounded and the remainder were captured.
Malaysian Rangers
The illustrious history of the Sarawak Rangers was coming to a close. A day, 15 September 1963, before Malaysia was formed, Sarawak Rangers (Far East Land Forces) was disbanded. The next
day, 16 September 1963, the day Malaysia was formed, it became the 1st Battalion, Malaysian Rangers. A little more than one hundred personnel from Sarawak Rangers (Far East Land Forces) volunteered to join and form the nucleus of the new unit. The remainder opted to return to their long houses in Sarawak.
Exemplary Courage and Prowess in the Battlefield
The Iban Trackers and Sarawak Rangers had been an outstanding fighting force with their exemplary courage and prowess in the battle field. They had been an inspiration to the other Commonwealth forces. They had impressed the British so much that towards the end of the Malayan Emergency, they were taken in as a part of the British Army and like the Gurkhas, could be deployed to any parts of the world.
Within the twelve years of fighting, they had suffered a surprisingly very low casualty rate – bearing in mind that they were always at the front of any fighting patrols they were in. They had lost twenty warriors killed in actions and twenty five wounded. This statistic was indeed impressive in any military records.
The awards they had won spoke of their exemplary courage and prowess in actions:
One George Cross
One George Medal
One Military Medal
One British Empire Medal
Nineteen Mention-in-Dispatches
Twenty one Commander-in-Chief’s Certificates
If they had been recognised as a military unit right from the time they came in as Iban Trackers, they would have won more awards.
Today, not many of these gallant warriors are still alive. It is our responsibility to recognize them and their next-of-kins for the sacrifices they had given to this beloved nation of ours. It is our responsibility to see that the legacies they had left behind are kept alive. Let they become guiding beacons for the present and future generations to follow, so that they too will become exemplary citizens that will create an exemplary Sarawak.

Insignias worn by the Border Scouts. Many of the members were former soldiers of the Sarawak Rangers. Some served in Malaya towards the end of the First Emergency. Indeed, one was killed and had his name written on a memorial wall in Terendak Military Cemetry. They played a big role during the Confrontation with Indonesia. 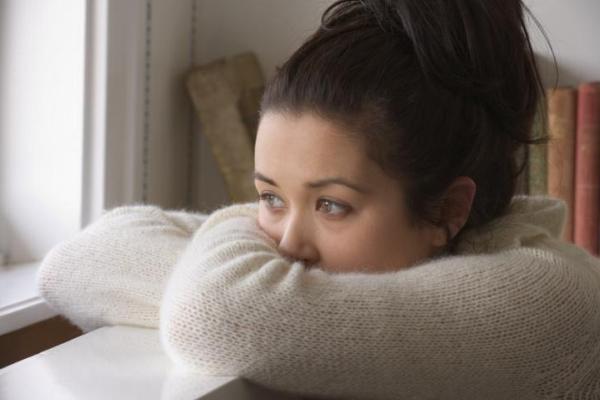 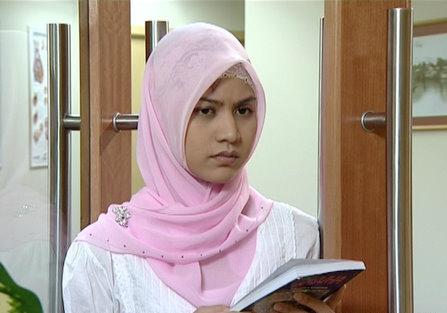 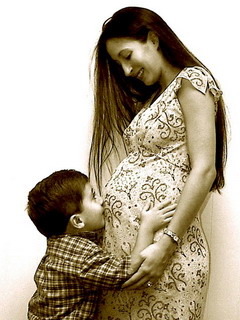 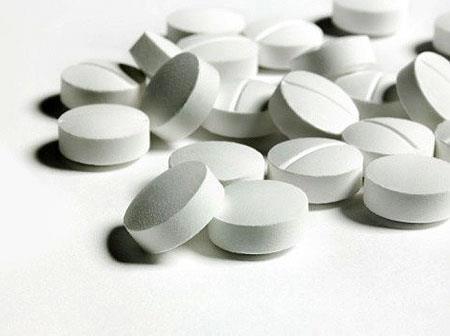 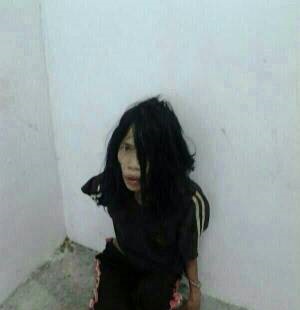